Things To Do This Weekend: NY Times 36 Hours in San Diego

Posted by: kateg 3 years, 1 month ago

This week's New York Times "36 Hours" features San Diego!  If you're looking for a weekend chalk full of awesome ideas, check out the article below!

With more than its fair share of sunshine, gorgeous beaches, breweries and top-notch restaurants, San Diego is the spot for low-stress California fun. 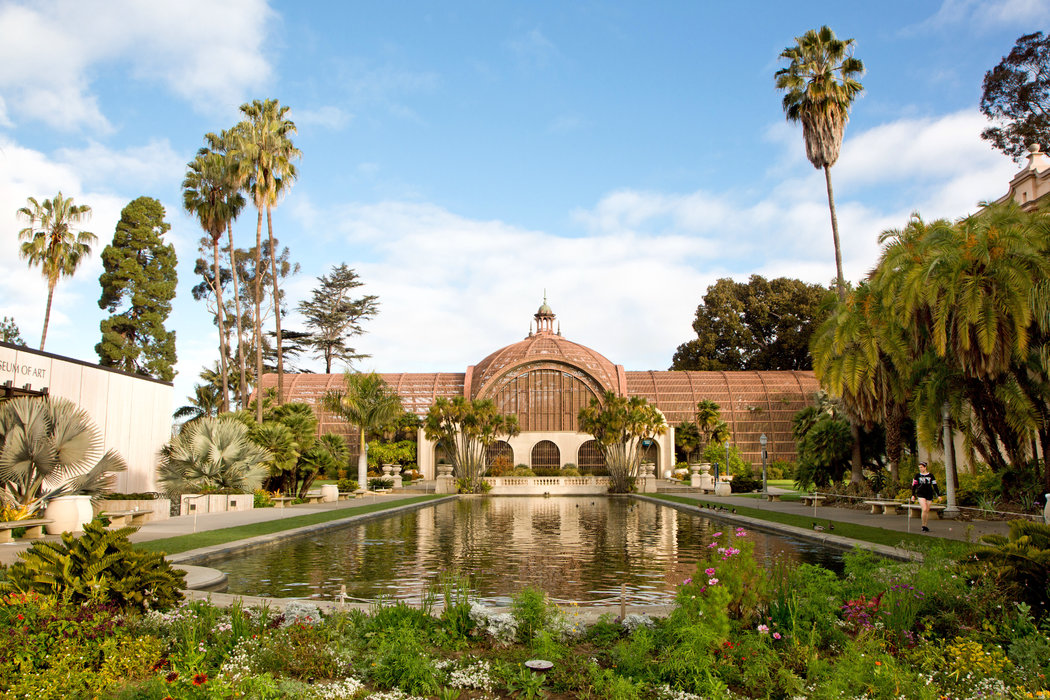 San Diego has its own particular brand of laid-back cool. The coastal city, where arriving planes regularly fly low enough to make you gasp, is made up of distinct neighborhoods, each adorned with its own retro-style, street-spanning sign. Locally brewed, high-percentage craft beers and cocktails are the tipples of choice here — this is a city that knows how to have a good time and has a finely honed appreciation of top-notch booze. With more than its fair share of sunshine, gorgeous beaches and a newly buzzing restaurant scene, San Diego is a vacation spot for those looking for low-stress California fun.

Explore street view, find things to do in San Diego and sign in to your Google account to save your map.

Take advantage of San Diego’s perma-sunshine with some outdoors time at Balboa Park. On weekends, these beautifully kept 1,200 acres are packed with locals lawn bowling, visiting the 17 museums, and walking the trails that crisscross the flower-strewn park. Wander through at your leisure, making sure to stop in the Botanical Building, a magnificent century-old lath structure (admission, free) filled with more than 2,000 plants. Pause for a drink at the open-air Panama 66 restaurant, which has views of the May S. Marcy Sculpture Garden and serves up local craft beers and California wine.

The Little Italy neighborhood is booming, with new restaurants sprouting on what seems like a weekly basis. The coolest new addition is the Crack Shack, an open-air restaurant with concrete picnic tables and a bocce court, and a client base that includes what seems like every San Diegan under the age of 35. The fried chicken is made with locally raised, free-range chickens and accompanied by six house-made dipping sauces — try the kimchi barbecue — and even the fries are fried in schmaltz. There’s a good cocktail and beer list, or, for a fabulous juxtaposition of high and low, order the bottle of Veuve Clicquot Brut Rosé. Dinner for two, around $35. 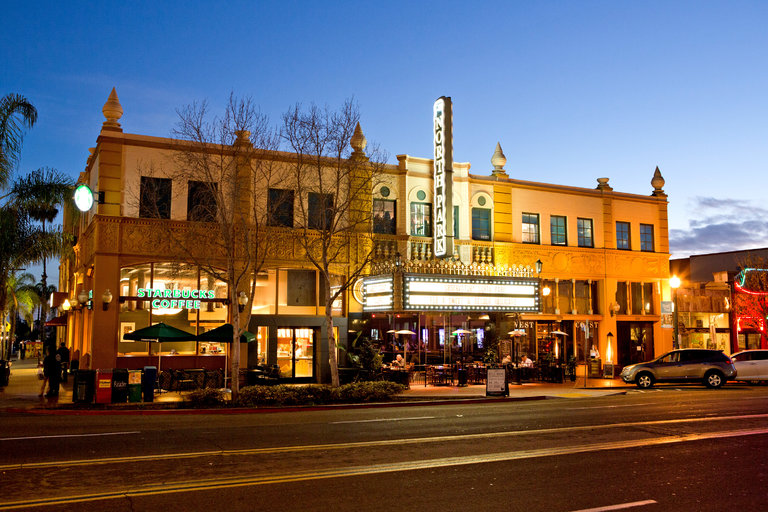 You could spend weeks testing out the offerings of San Diego’s breweries (120 and counting), or you could just stop by the Brew Project. This small bar in Hillcrest, opened in late 2015, is a shortcut to getting to know what’s rapidly becoming the country’s best craft beer scene. With beer only from local breweries on tap, the Brew Project switches up the offerings daily. The beer flight ($15) is cleverly designed: Choose your beers from the menu, write their names on the five-glass holder, and the staff will fill it up with the four-ounce pours of your choice. Recent selections have included a coffee and vanilla nitro stout from Booze Brothers and a boozy ginger, lime and rosehips kombucha from Boochcraft.

Bands like Beach House and Dilated Peoples have played at the Observatory, a historic North Park theater that’s one of the top places in the city for live music and stand-up comedy. The building dates from the 1920s and was once a movie theater, but these days it’s standing room only for acts as diverse as the California crooner Mayer Hawthorne and the British electronic group Hot Chip (the space hosts up-and-coming musicians, too). The concert hall is connected to the West Coast Tavern, a bar and restaurant that’s open during shows and serves up nine variations on the Moscow Mule, including El Burro, made with tequila and orange bitters. 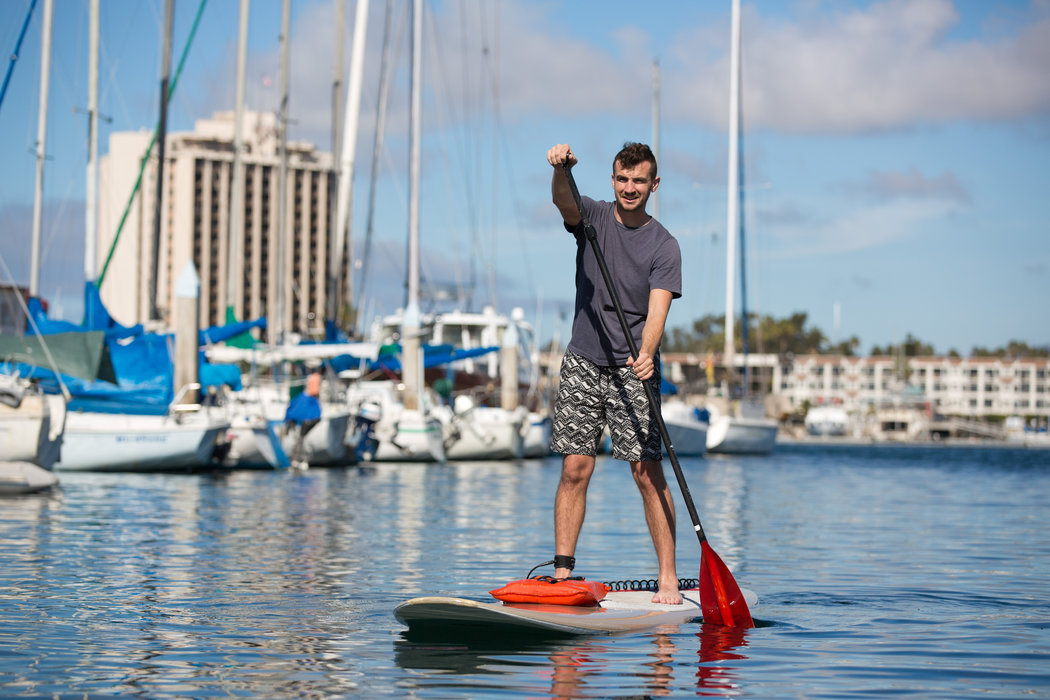 Derek Anderson from Aqua Adventures, a rental outfit, sets off on his stand-up paddleboard. CreditBeth Coller for The New York Times
Saturday

Year-round watersports are one of San Diego’s big draws. If you don’t have time to learn how to surf like a pro, try your hand at stand-up paddleboarding. Head to the calm waters of Mission Bay (it’s easier to learn here than in the open ocean) and rent a paddleboard ($20 for the first hour) from Aqua Adventures. Launch off the dock, balancing yourself on the board, and paddle your way out into the water. If you’re lucky, you may catch sight of a sea lion.

It’s impossible to pinpoint the best tacos in a town with such a surfeit of options, but Lucha Libre’s theme — masked and costumed Mexican wrestlers — lends this place a particular appeal. The bright murals, gold seats and walls decked with homages to the most famous luchadores make you feel as if you’re eating inside Comic-Con, but the food — particularly the specialty taco with grilled crispy cheese and chipotle sauce, topped up with salsas from the extensive bar — is worth lingering over. Add a tamarind soda for the full Mexican experience. Lunch for two, around $25. 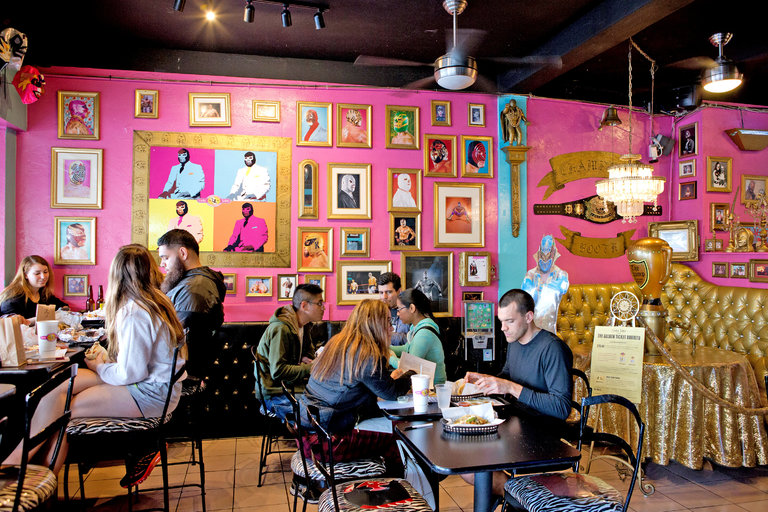 The Lucha Libre taqueria, where the theme is costumed Mexican wrestlers. CreditBeth Coller for The New York Times

One of the hippest neighborhoods in San Diego, North Park is bursting with cool cafes, breweries and shops. Stroll down 30th Street, pausing to explore the district’s quirkier offerings, like Coin-Op Game Room, a combination game room and bar where retro arcade standbys like Frogger are equipped with cup holders for your cocktail or craft beer (try the La Migra, a cocktail made from mezcal, aged rum, Benedictine and orange bitters). Stop by Hunt & Gather for vintage vinyl, leather jackets and cowboy boots, and grab an espresso ($2.25) at the local coffee roaster Dark Horse. Then take in an exhibit at the contemporary gallery/art supply store Visual, which hosts group art shows and pop-up shops; check the website for details.

A new addition to Point Loma, Liberty Public Market was once a naval training center, but it reopened in March 2016 as a food hall jam-packed with stalls and outposts of the city’s restaurants, cafes and bakeries. The collection here includes the food truck-turned-brick-and-mortar Stuffed, which serves up fast-casual grass-fed beef burgers stuffed with cheese; a branch of WestBean Coffee Roasters, which serves a fantastically creamy nitro coffee; and the wine bar Grape Smuggler, which offers tapas and flights (and a nice place to grab a seat away from the crowds). Gather your snacks and grab one of the high stools at the back of the market to chow down. 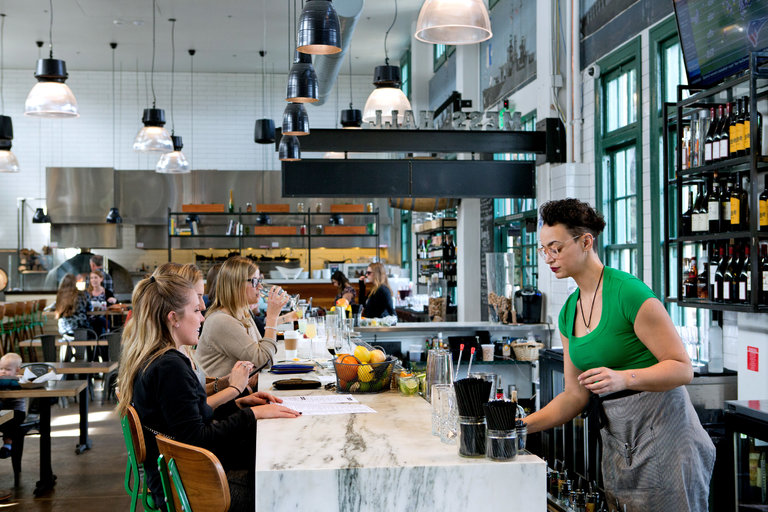 Some of the most breathtaking scenery in the area is in Ocean Beach, a coastal neighborhood with a chilled-out vibe and a hippie bent. Head to Sunset Cliffs Boulevard and follow the trail along the cliffs, which drop off to the ocean below, in time for the sunset. You’ll usually spot locals meditating or practicing yoga while looking out to sea, pelicans flying by in formation and, down on the water, surfers waiting to catch the next wave. Once the sun has set, take a stroll down Newport Avenue, the main street in what the residents call O.B., which is lined with breweries, kitschy secondhand stores and restaurants advertising San Diego’s famous fish tacos.

For a late dinner at one of San Diego’s most popular restaurants, head to South Park, where the Italian staff at Buona Forchetta serves up the city’s best pizza: chewy, heat-blackened crusts topped with burrata and house-made fennel sausage. There’s almost always a long wait (plan on two hours; it doesn’t take reservations for small groups), but put your name on the list and head across the street to Kindred, a buzzy vegan bar with a classed-up rock ’n’ roll aesthetic, and craft cocktails like the mix of gin, crème de violette, absinthe and Peychaud’s it calls the Delirium Moon. Vegan snacks like seitan skewers with harissa and horseradish aioli, and fried pickle slices with a ranch dressing dip, will tide you over until your table at Buona Forchetta is ready. 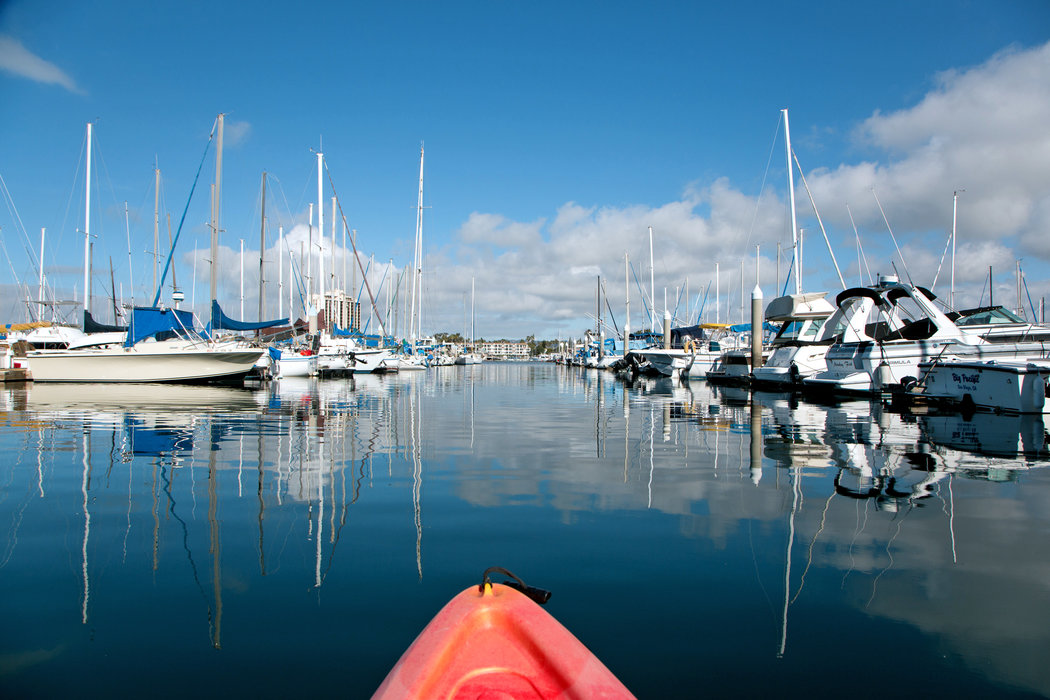 A view of Mission Bay. CreditBeth Coller for The New York Times
Sunday

A 20-minute drive up the coast, La Jolla is a gorgeous small community with beautiful beaches and an upscale ambience that’s perfect for a Sunday stroll. Head down Prospect Street, La Jolla’s main drag, which is lined with high-end shops and restaurants, then make a detour to the beach at Seal Rock, where you’ll often find dozens of the plump resident seals napping on the sand or bobbing in the water. El Pescador Fish Market has been a La Jolla landmark since 1974. Stop in at its bright new digs on Pearl Street for a lunch of shelled Dungeness crab, fresh oysters and calamari steak (sliced and breaded strips of squid that make a crunchy, hearty snack). Order at the walk-up counter (add a Ballast Point Sculpin IPA, a top local brew), then grab a seat. Lunch for two, around $40.

Lafayette Hotel, a 70-year-old North Park landmark (2223 El Cajon Boulevard; lafayettehotelsd.com; doubles from $119), was fully refurbished in 2012, leaving the retro tiles in the bathrooms and other fixtures intact. Try to get a room with a balcony overlooking the pool.

Hotel Z is a new addition to the Gaslamp Quarter (521 Sixth Avenue; hotelzsandiego.com; doubles from $120), and has Keurig machines in every room, European-inspired dual duvets and bright yellow bikes that are free for guests.

Our initial experience with you, especially with your demonstrable expertise, knowledge, and willingness to both educate and work with us regarding the market and related considerations particular to Coronado, resulted in a gratifyingly helpful and positive experience for us.